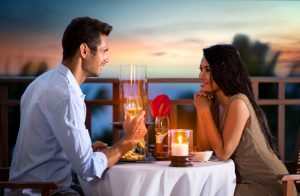 How to Plan the Perfect Anniversary Date for Your Wife 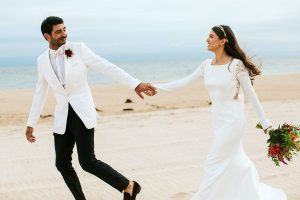 How to Safely Celebrate Special Occasions in 2021

Ross Geller from “Friends” is known for many things:

The list can go on. But if there’s one thing Ross Geller is infamous for, it’s him being the Patron Saint of Bad Divorces. He has been divorced three times (Carol Willick, Emily Waltham and Rachel). Divorce has become such a reality in his life that during Monica and Chandler’s wedding, he was relieved when he was walking down the aisle as a guest, knowing that his walk wouldn’t end in a divorce.

The man has been divorced many times that he is an unfortunate expert in the topic. In fact, he knows the right lawyers to trust.

So if you want to know the surest ways to get divorced, Ross from “Friends” is the friend you need.

Before we dissect Ross’ losing streak on marriage, we just want to make it clear: we’re not totally hating on Ross Geller from “Friends.” Like the rest of us, he has a bad side. It happens that his shortcomings involve manipulation, toxic masculinity and fragile manhood. Everyone’s got a flaw, and we can learn from him (or at least, learn how to secure a divorce the Ross Geller way).

Also, we have to acknowledge that his first divorce from Carol wasn’t entirely his fault. His ex-wife had a sexual awakening, so her being a lesbian isn’t on Ross’ account. Plus, Carol technically cheated on Ross by falling in love with Susan while they were still married. Her infidelity and the failure of their marriage gave birth to Ross’ intense insecurity and paranoia, which eventually affected his future relationships.

Still, Ross is an adult who is responsible for his actions. Enough said!

With that, let’s keep the ball rolling with The Art of Divorce, according to Ross from “Friends.”

The Ross Geller Way of Securing a Divorce

Progressing Way Too Fast With a New Relationship

Yes, we’re starting with the end of Ross and Emily’s relationship.

To be honest, their relationship, despite having a good start, had a fragile foundation. Sure, the two of them hit it off once they first met and the following days of Emily’s vacation in the US proved that she and Ross had chemistry. But their relationship progressed too quickly.

They started dating in the middle of Season 4. They quickly fall in love and in the episode “The One With All The Haste,” Ross suggests they get married so that Emily would stop traveling back and forth between London and New York. This is one of the many pieces of evidence of Ross’ selfishness.

He and Emily had only been dating for six weeks, but he wants Emily to stay where he is so he had the bright idea of marrying her, despite their short courtship.

Originally, Ross asked her to move in with him. But Emily is reluctant because she’ll be leaving her family and her job in London. Ross tells her that she could just get a job in the US since he has heard of foreigners stealing jobs from Americans (what a great way to put it). Emily insists that she’ll be leaving her whole life in England, so she asks Ross to come to her instead. Ross flat out says no because his son is in the US. Well, isn’t Emily’s reason just as valid as Ross’? Both have family members they don’t want to leave behind?

Then Emily just put out a hypothetical situation; she said that moving in would have made sense if they were getting married. That’s when Ross came up with the brilliant idea to marry Emily.

“This makes sense for us,” he told Emily. For him, maybe. Emily, caught up in the moment of romance, said yes.

Not all whirlwind romances are doomed to fail, but Ross’ relationship with Emily was. Ross is like a tame Big Ed from “90 Day Fiancé;” whenever he thinks a girl is THE one, he wants to secure as many relationship milestones as possible.

Sure, when you meet someone whom you think is your soul mate, it’s natural to want to be with them forever. But most of the best things in life take time. Instead of forcing to achieve many milestones at once, it’s best to let things take their course. Plus, time gives you more opportunities to settle baggage that may affect your relationship.

With Emily, Ross wanted to marry her even though he had unresolved issues with his previous romance. This had chaotic consequences at his wedding.

Saying Another Girl’s Name During Your Wedding Vows

Season 4 of “Friends” saw Ross and Rachel trying to get back together but failing to do so. As a result, they argued a lot and tried to make each other jealous. Eventually, the exes got better by the middle of season 4, but there was still plenty of unaddressed baggage between Ross and Rachel, which manifested at Ross and Emily’s wedding.

Poor Emily. She planned so hard for that wedding, only to have her fiancé say his ex-girlfriend’s name instead of hers.

There’s no doubt: if you say your vows to another woman at the altar (with the said woman being your ex-girlfriend), you’ll surely get divorced after you get married.

Even before Ross and Rachel dated, the former was already possessive of the latter. Ross always had a sense of ownership over Rachel. So, if you want to get divorced, disregard the thoughts, autonomy and aspirations of your partner and think of them as yours instead — kind of like what Ross did to Rachel. Since he firmly believed they were meant together, he thought it was OK to walk over her.

Take the episode “The One With The Dozen Lasagnas.” Rachel had just broken up with her Italian boyfriend Paolo after he hits on Phoebe. As a friend, Ross consoles her, but he had underlying intentions. He wanted to show Rachel that he was the nice guy she should be with. Except Rachel said that she wanted to be alone, so she can figure out what she wants.

Any young woman in her 20s craving a dating hiatus has every right to do so. But of course, possessive Ross doesn’t accept this and tells her, “Not all guys are like that!” Well, not all guys are as possessive as Ross is either. Those who are have higher chances of becoming divorcees like him.

Ross becomes more possessive in season 3. After almost a year together with Rachel, he gets jealous when she becomes close with Mark Robinson. He reached a point where he sent flowers and stuff with his face on it to Rachel’s office. Talk about a crazy type of territorial. Despite Rachel telling him that she loves him only, Ross makes her jealous by telling her he’s hanging out with a stripper who has a son the same age as his son Ben (“The One With All The Jealousy”).

So if you want your spouse to regret marrying you, be extra possessive. And not just any type of possessive; the Ross Geller type of possessive can easily break a relationship. If your partner gushes about BTS V or other members, go crazy with being jealous of a Korean pop star!

Cheat And Insist You Were on a Break

One of the most popular Ross Geller lines in “Friends” is “WE WERE ON A BREAK!” which sparked a debate among fans of the sitcom.

In season 3, Ross’ unreasonable jealousy of Mark exasperates Rachel. She asks for a “break,” a cool-off in her opinion. Ross, however, thought she was on the verge of ending the relationship. He tried to call Rachel after, but when he heard Mark in the background, he immediately assumed they were having an affair — yet another classic example of the Ross Geller paranoia. In retaliation, he slept with the girl from the copy place.

You know what happened the next morning: Ross finds out Rachel didn’t cheat on him. To make things worse, Rachel wanted to reconcile with him. So Ross tried to keep the one-night stand a secret but Rachel eventually found out and in the episode “The One With The Morning After,” they broke up.

Rachel believes Ross cheated on her since her version of the “break” didn’t mean they were broken up. Meanwhile, Ross insisted that she surely meant they had broken up.

OK, no matter what the break meant, one thing is for sure: if you love someone, you wouldn’t sleep with someone ASAP just to get over them. If you truly love a person, you’d want to get over your selfishness, talk things out and maybe not wait for a break?

Cheating is already one of the most common reasons for separation and divorce. Look at Robert Pattinson and Kristen Stewart. Girlfriend cheated on her vampire boyfriend and ended up making an apology. You can do that, too and make it worse by claiming that you did it because you and your partner were “on a break.”

Despite being a terrible boyfriend to Rachel and the other women he dated, Ross got his happily ever after at the end of “Friends.” Rachel left her dream job to stay with him and things seem to be rosy between him and Rachel. Now, they’re living in the moment.

In the recent “Friends: The Reunion,” talk show host James Corden asked the cast of “Friends” what they thought their characters were probably up to now. When asked about their characters, Jennifer Aniston and David Schwimmer (the actors behind Rachel and Ross respectively) agreed that Ross and Rachel were probably married and with kids. It may sound like an impossibly perfect happy ending for Divorce Force Ross but the cast and showrunners of Friends agree that everyone deserved a happy life, including Ross.

So yes, Ross is happily married to Rachel. Hopefully, he has grown into a better person and partner to Rachel. He can still throw a fit when someone eats his sandwich or yell “PIVOT!” at his kids whenever they move homes. Still, we wish him happiness with Rachel and their kids.

But take note: this is Ross Geller, Patron Saint of Bad Divorces. He may still be the best person to ask for the best way for your marriage (in his case, all of his three marriages) to end in a divorce.