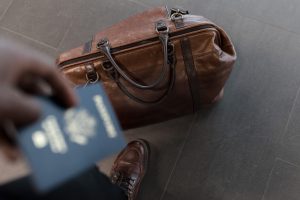 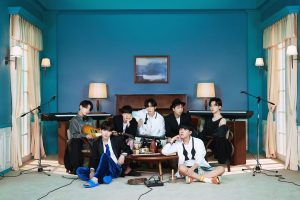 What Does BTS Stand For: Behind the Acronyms and the Scene

If there is any actor who ages gracefully and sexily, Ryan Reynolds is that actor.

In 1999, Reynolds was just the tall and gangly fresh face of Hollywood, complete with his ‘90s goatee and a hair reminiscent of N*SYNC. Since his Hollywood debut, however, Reynolds has continued to transform before the eyes of the public. During his mid-to late-2000s “Just Friends” and “The Proposal” days, Reynolds perfected the goofy boy-next-door look with a leaner physique.

By 2016, however, Ryan Reynolds reached greater heights with his body. Once it was confirmed he was set to play the superhero Deadpool, Reynolds flexed the ultimate “flex” — a ripped body complete with toned and muscular arms, biceps and pectoral muscles.

Since then, Ryan Reynolds’ body became one of the standards for people aiming for a healthier and fitter physique.

Who wouldn’t want to look as hot as a shirtless Ryan Reynolds?

Like his fellow superhero actors, Reynolds had to undergo a strict diet and workout regimen to look cool in his Deadpool costume. But it wasn’t all rainbows and sunshine for him. It took great determination, skill and discipline to achieve the body he has now.

How did one lean and mean comic machine transforms into a super ripped comic superhero? If you want to know and achieve Ryan Reynold’s gold standard of a fit body, here’s everything you need the low-down.

In an interview with Muscle and Fitness, Reynolds admits that prior to his physical transformation, he lived like a frat boy. During his “Van Wilder” days, he had an unhealthy diet. He ate and drinks whatever he wanted, whenever he wanted.

In 2004, however, Reynolds was cast in “Blade: Trinity,” his first project in the pre-cinematic Marvel Universe. His role as vampire hunter Hannibal King convinced Reynolds to take his health and fitness seriously. According to the actor, their in-house trainer (for the film) wanted Reynolds to gain 10 pounds and to muscle up. After all, he needed to lift people over his head and throw bloodsucking vampires around.

And the “Just Friends” actor took that recommendation seriously.

For three months, Reynolds had six daily workouts, each spanning two to three hours and started off with 500 to 1000 sit-ups plus heavy weights to bulk up his muscles. Since he was “a pretty scrawny guy,” his trainer discouraged him from doing any cardio and had him focus on weight training. Reynold’s weight training regimen included different exercises at eight to twelve reps.

During his first week of the grueling workout, the actor wanted a “sweet release of death.” Eventually, he got over it and loved his workouts.

At this point of his career, Ryan Reynolds is enjoying a fitter body. But being the versatile actor that he is, he doesn’t settle for one body composition. He coasts from one body type to another as he changes roles. He bulks up for superhero and action movies and slims down for his comedy and romance films.

According to Bobby Storm, one of Reynolds’ long-time personal trainers, Reynolds would base his workouts on whatever the film required him to do. For instance, if he had to prepare for fight scenes, they would train by kickboxing. For “Blade: Trinity” and “Green Lantern,” Reynolds had eight percent body fat and weighed 200 pounds.

The only break “The Proposal” actor gets is whenever he was cast in a rom-com or a comedy. Still, he visits the gym regularly to stay fit and healthy. That’s just how he rolls.

The Ryan Reynolds Workout: How Did He Get Ripped for Deadpool?

Currently, the “Deadpool” actor’s workout is all about functionality. He admits that he used to look like an Olympian but couldn’t perform like one. Simply put, he was aesthetically fit, but he wasn’t exactly in great shape.

Now, all of his workouts serve two purposes: it makes him look good while giving him the strength and energy he needs.

At the beginning of his workout days, Reynolds used to focus on his core for the abs. Now, his sessions begin with mobility. The actor spends 10 to 15 minutes of moving and opening up his body. Apart from strengthening his body, the workouts are meant to help him recover from years of action sequences, onscreen fights and 15-hour workdays.

Although the actor is committed to bulking up for his action roles, he doesn’t practice pushing himself to the limit. Not every workout has to be a level 100. If he doesn’t feel well, Reynolds and his trainer make adjustments to make sure the intensity of the workout matches how he felt.

In terms of his routine, Reynolds prefers a full-body workout. Instead of focusing on one area of the body, he trains all parts in a span of five days.

As mentioned, Ryan Reynolds is not after just aesthetics. Performance is the most important factor for his workout. In order to look and feel good for “Deadpool 2,” he partnered with his go-to trainer Don Saladino to create a full-body circuit workout plan that makes him function as a superhero.

If you want to train like Ryan Reynolds, here’s what you got for the day:

Ryan Reynolds’ workout is a circuit, which means you’ll do one set of exercises to complete one round. You get limited rest. To get the full Deadpool experience, perform five rounds of this full-body circuit.

A Round of Carries

Perform one of each carry using a kettlebell. Only carry the amount of weight that you can.

Once you’ve completed the workout, finish your day with more conditioning work to elevate your heart rate. Take 10 minutes on a stationary bike or treadmill at a moderate pace. Do this regularly and live in the moment! Also, don’t forget to top it off with some good sleep.

Thanks to Ryan Reynolds’ net worth, he can afford to work with celebrity trainers and has access to high-end equipment. Other celebrities have the same privilege but the results aren’t always the same. Celebrities who work out like Reynolds don’t always achieve the same superhero body he has now.

Some actors are known for going overboard with their exercise plans AND diets — to the point that average people who want to try the same regimen find it impossible.

In terms of Ryan Reynolds’ workout, it’s doable. But how about his diet? What does he eat and how many calories does he consume in a day?

Good news: Ryan Reynolds has a reasonable diet. He does what every person who wants to live healthier does: reduces his consumption of unhealthy fats and avoids junk food. He eats six small meals every day, eating every two to three hours. He consumes a good balance of protein, healthy fats and carbohydrates. All of his carbohydrate consumption are limited to post-workout and he doesn’t eat anything after 8:00 PM.

Unlike his fellow celebrities, Reynolds doesn’t follow a fad diet, which is good news for average people like you and me. His diet is actually doable! If you want to follow in his footsteps, eat some carbs before a workout and protein after to help repair your muscles.

The only downside to Ryan Reynolds’ diet is his idea of snacks. Apparently, the actor is a big fan of shakes and protein bars. Although both are OK choices, they don’t offer as much nutritional value as real and whole foods.

Swap out the bars and shakes for whole foods divided into little snack portions. Enjoy deviled eggs with an avocado dip, fresh fruit with cheese, nut butter on crackers and other real foods. Also, ditch your favorite Starbucks drink if you can.

Ryan Reynolds is the epitome of a doable superhero body. Like his wife Blake Lively’s bikini-ready body, his physique is enviable but not impossible to achieve. So if you wanna have a superhero body, take a page out of Deadpool’s workout book! 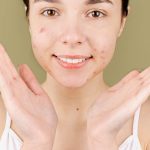